The traditionally gritty port city of Baltimore is not the first place you think of when it comes to coolness. And probably not the second, third or even fourth. But one week a year, all that changes, during the international Light City Festival.

Artists from around the world have taken LED lights, plywood, fiber, aluminum, acrylic, and plenty of sound to create glowing, larger-than-life, mind-bending works of art, on display in Baltimore’s Inner Harbor until April 8. You have glowing birds perched on tree branches, multi-hued sailboats floating on the water, glowing pastel-hued balls sprinkled along a walkway, a giant house of cards, and the list goes on. Some of the works are merely whimsical, but some carry a message.

My favorite was “The Changing Face of Hampden” in the Hampden neighborhood, probably most famous for being the site for the annual Hon Festival—though otherwise pretty sketchy until recently. Artist Isaac Ewart solicited the help of local inner city kids to create several giant masks. He had them create self-portraits in watercolor, which he juxtaposed onto the masks, flashing at intervals of 1/12th a second. “The festival literally brings light, opening up dark aspects of the city,” Ewart says. “Now you have kids running all around former scary neighborhoods.”

Where there is darkness, there is light, as they say. 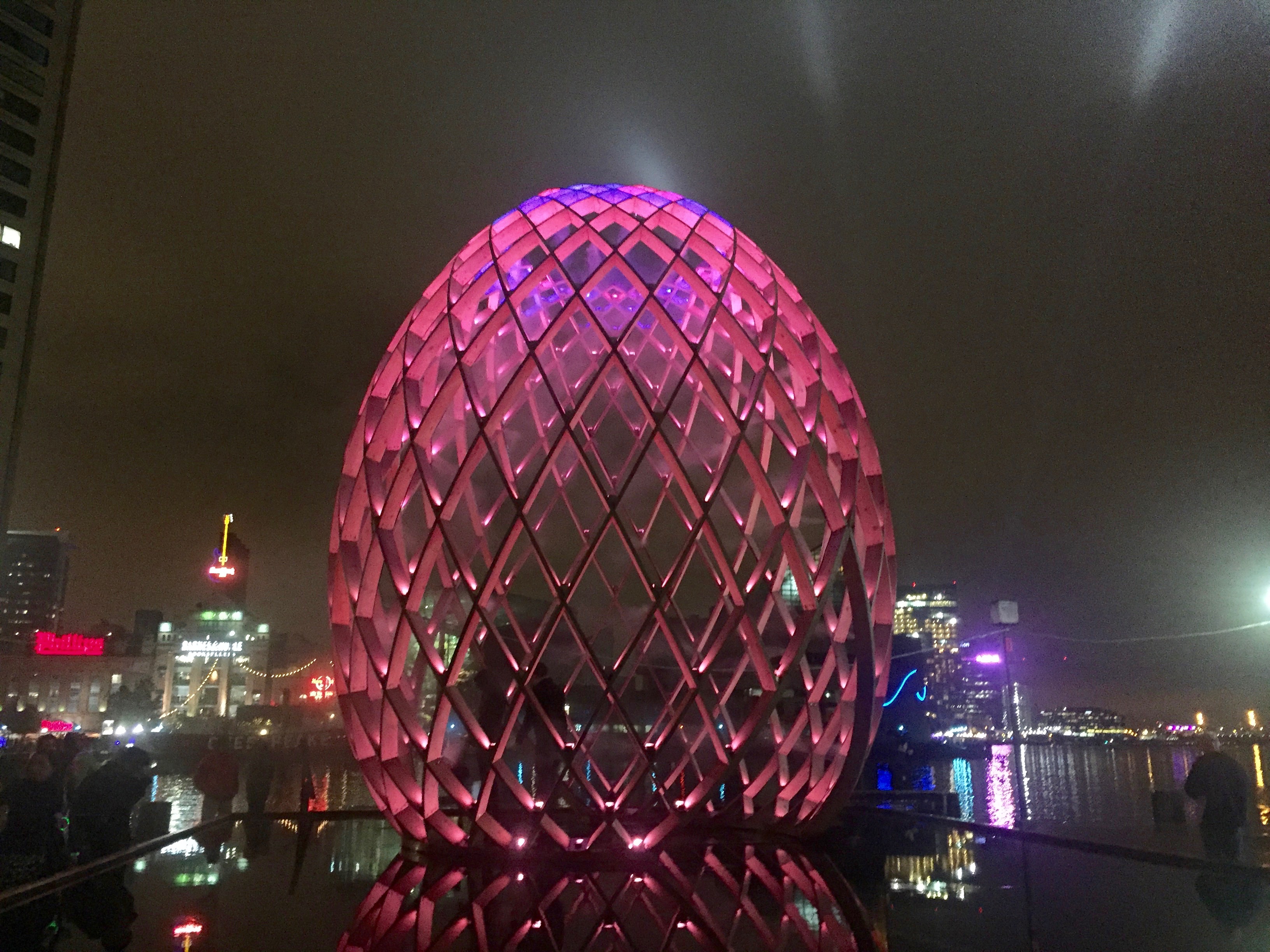 Ovo floats on water with mystical mist wafting all around, changing hues from sapphire to ruby to emerald. It's beautiful to admire from afar, but visitors can walk into the egg, gazing up at the cathedralesque ceiling in what can only be described as a spiritual experience. 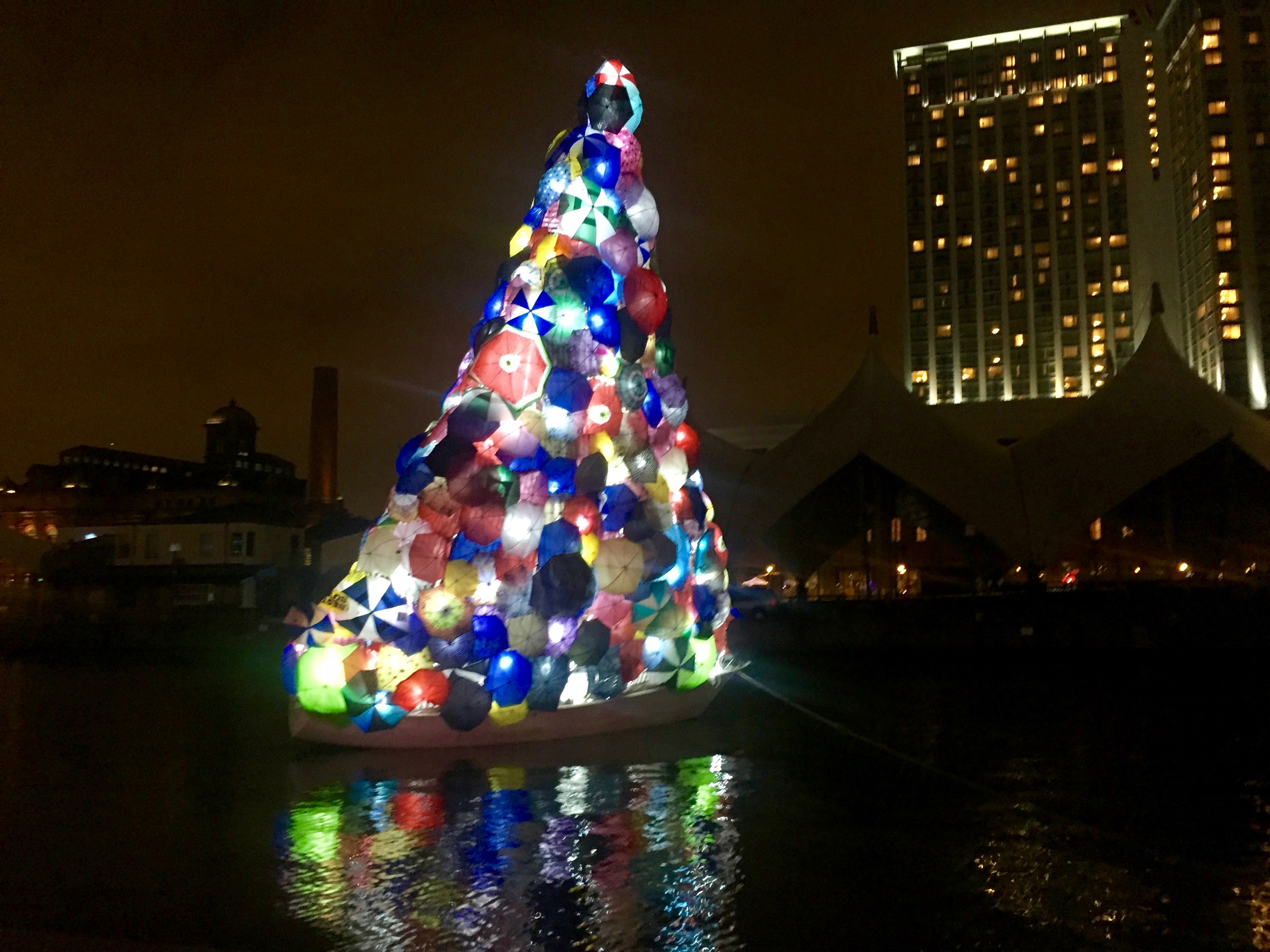 A sailboat glides on the harbor, its Murano-esque colors reflected in the dark waters below. Look closer--the lustrous lights are umbrellas, lit from beneath. 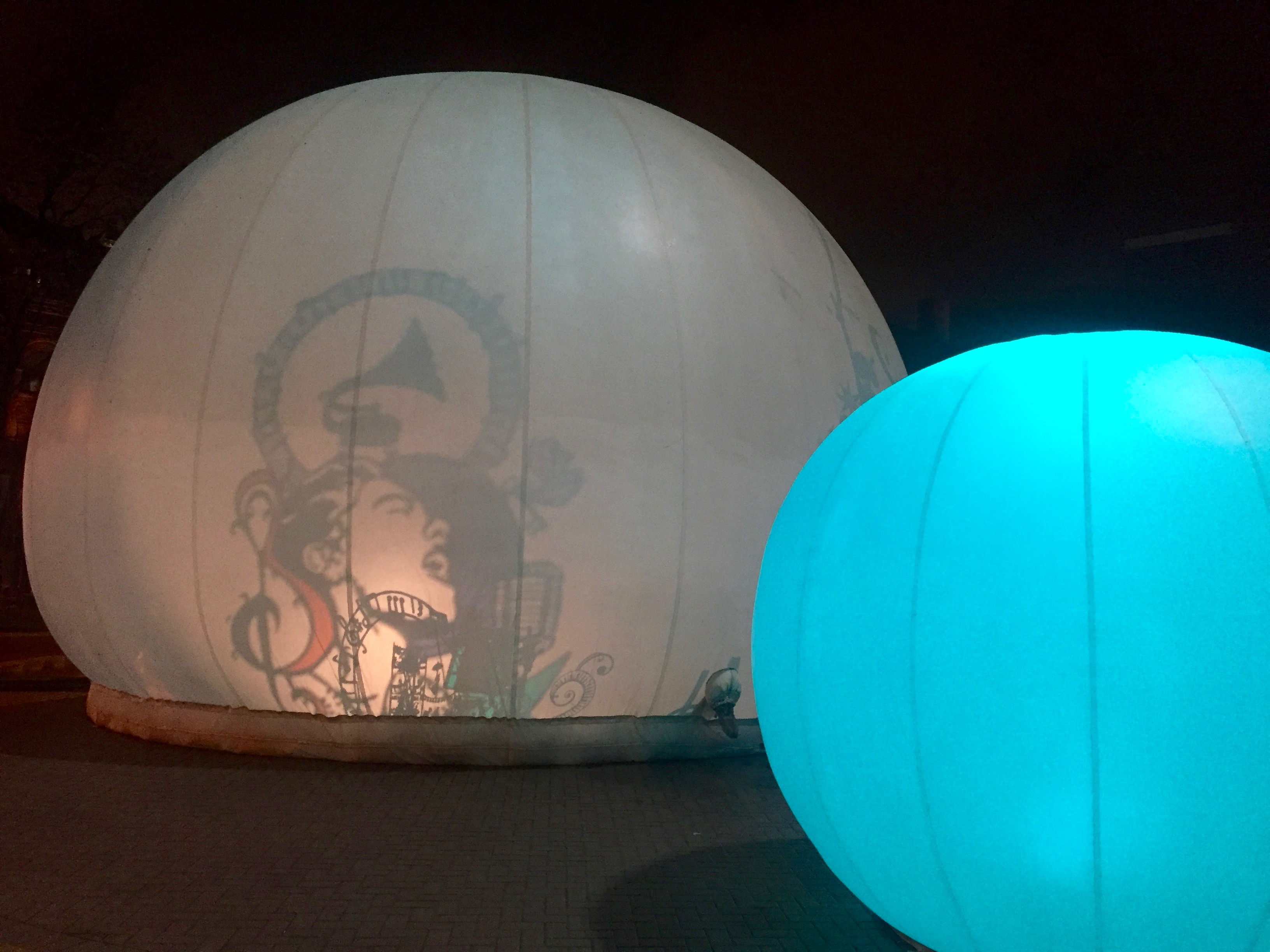 Shadow theater is the world's oldest imaging technique, and here it's been used inside giant glowing balls scattered along an urban walkway. The illustrations tell the story of  Baltimore's spirit as the balls change color in a delightful play of light. 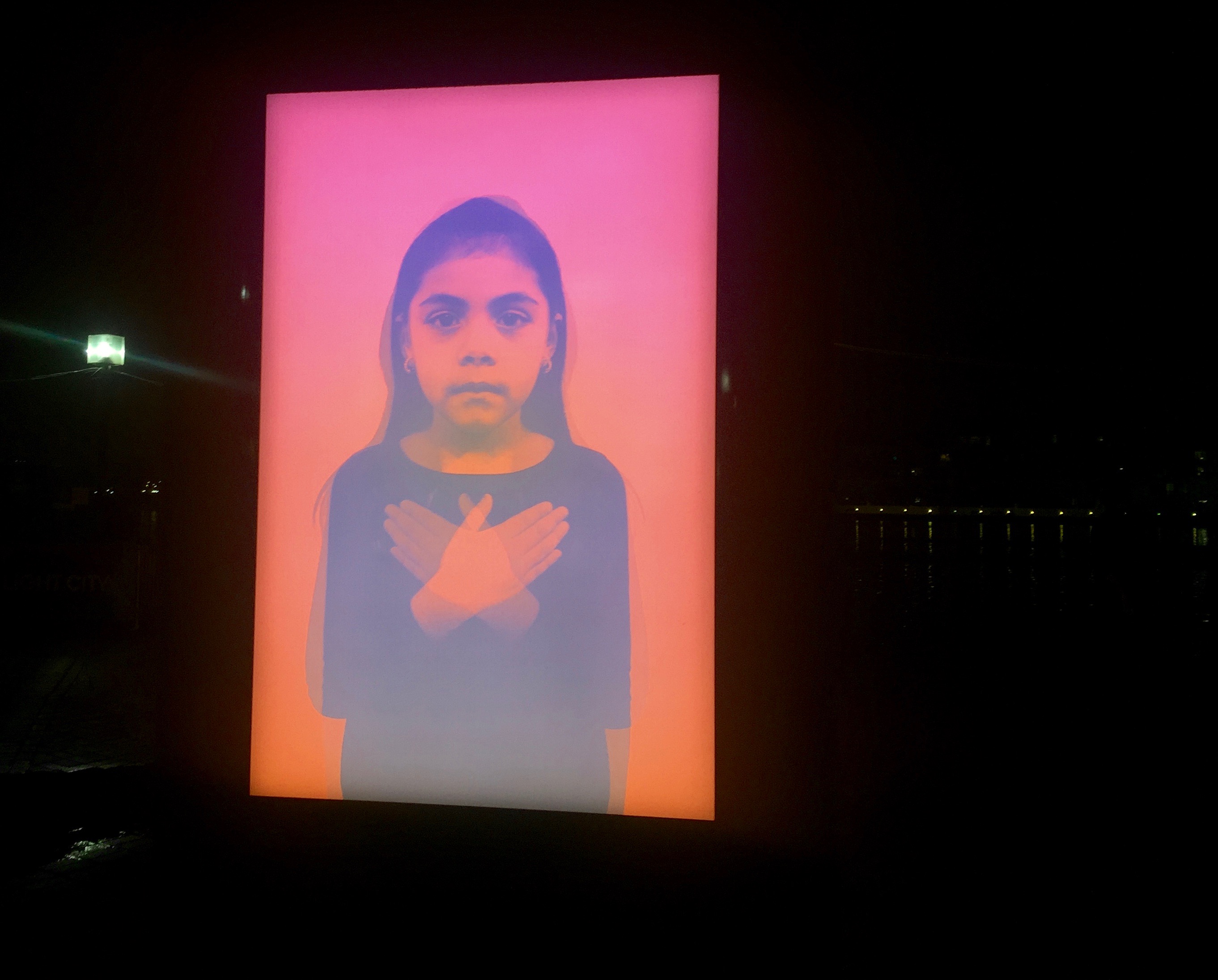 The Latino multimedia artist Edgar Reyes was an undocumented youth in the U.S. His artistic aim is to recount  the plight of refugees everywhere and the importance of celebrating them rather than punishing them. He solicited the help of Latino youths to create his enormous light box that flashes photos of the various faces of the Latino culture. You can't help but to be touched.

2 thoughts on “A Most Amazing Light Show in Baltimore”