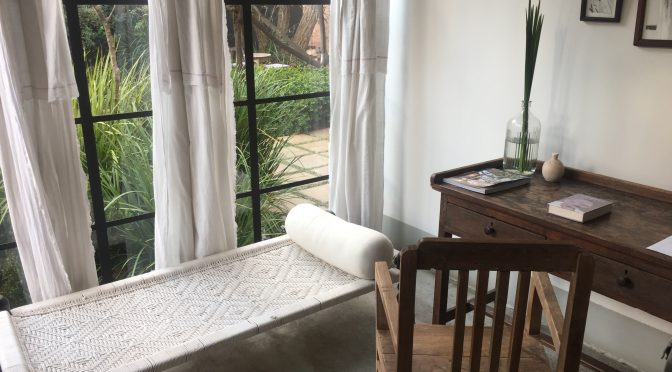 Tucked away in a quiet Johannesburg neighborhood, I walk into a house and feel immediately and oddly at peace. The air smells clean and aromatic, and I am drawn to the back door, where a flight of stairs brings me into a flourishing garden.

Welcome to the world of Gandhi in Johannesburg, one of several houses where this peaceful warrior gained inspiration in his satyagraha movement—passive resistance to political injustice. In fact, this refuge is named Satyagraha, and today it’s a museum and guest house infused with his spirit.

I had been spending days learning about Nelson Mandela and his amazing leadership at various Joburg sights (his house in Soweto, his office, the Apartheid Museum, Lilliesleaf Farm), so Gandhi’s presence caught me off-guard. 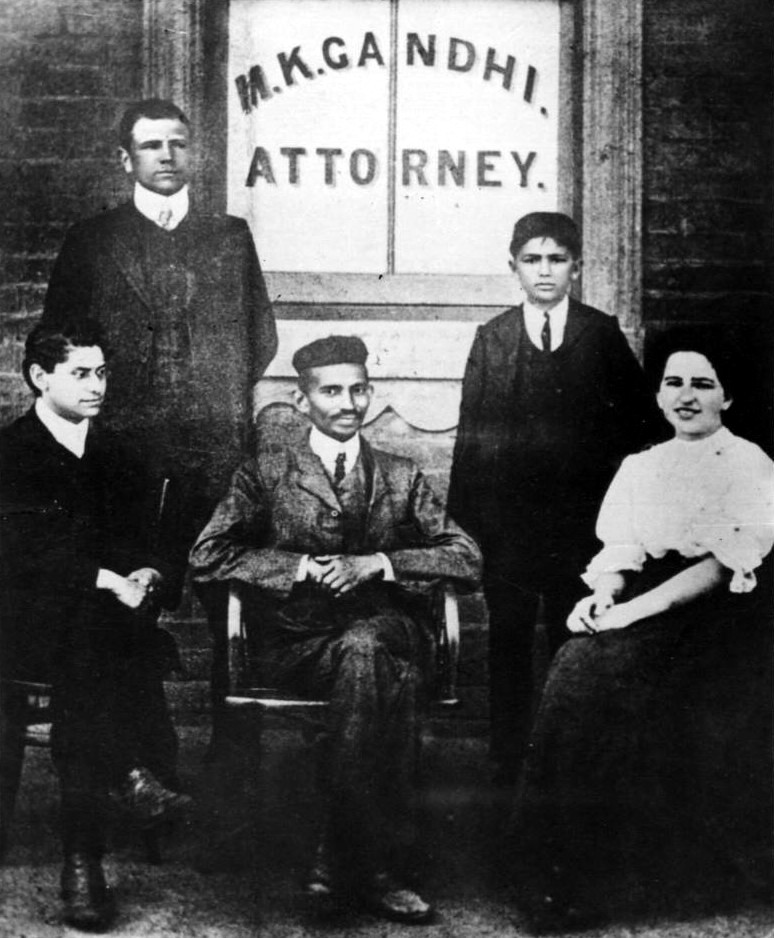 Gandhi and friends in Johannesburg, 1905

A young, timid Gandhi had come to Durban as an attorney in 1893, when he experienced open racism toward the Indian community for the first time. And then came the momentous day when he had to travel to Pretoria for a court case. Although he had a first-class ticket, he was asked to move to a third-class compartment because of his skin color. Gandhi refused and ended up being thrown off the train, where he spent a chilly night in the station, debating whether he should return home to India. This specific incident spurred him to action to fight against racial oppression.

He became aware of laws being proposed requiring all male Asians to be fingerprinted and to carry an identity pass. Incensed, he called a meeting on September 11, 1906, in protest. More than 3,000 Indians from all over the Transvaal, along with a Chinese delegation, attended, and Gandhi's Satyagraha movement was born.

At that mass meeting, the attendees agreed to fight peacefully. They would not carry the required passes, and they accepted being arrested rather than fighting back. Because of that, thousands of non-whites were flogged and beaten and sent to prison — including Gandhi. Some were even shot.

"A Satyagraha bids farewell to fear. He is therefore never afraid of trusting the opponent. Even if the opponent plays him false twenty times, the Satyagraha is ready to trust him the twenty-first time for an implicit trust in human nature is the very essence of his creed."

To Gandhi, however, Satyagraha was more than peaceful protest. It was finding inner freedom and inner truth. Non-violence was the tool by which to achieve inner freedom.​ He went on to lead more peaceful protests over the years. In 1908 he instigated the public burning of passes​—2,000 of them went up in flames in a giant cauldron. He led striking workers on a march along a railway line, resulting in his arrest.

The governing officials actually began to listen. General Jan Smuts investigated the Indian grievances​, resulting in the Indian Relief Act. Gandhi decided to return to India, armed with the knowledge that non-violent resistance was "perhaps the mightiest instrument on earth."

Later, a young man fighting against the injustices of apartheid took notice of Gandhi's belief in a shared humanity and commitment to nonviolence  and interwove them into his own resistance. ​ "Violence and nonviolence are not mutually exclusive," Nelson Mandela said. "It is the predominance of the one or the other that labels a struggle." 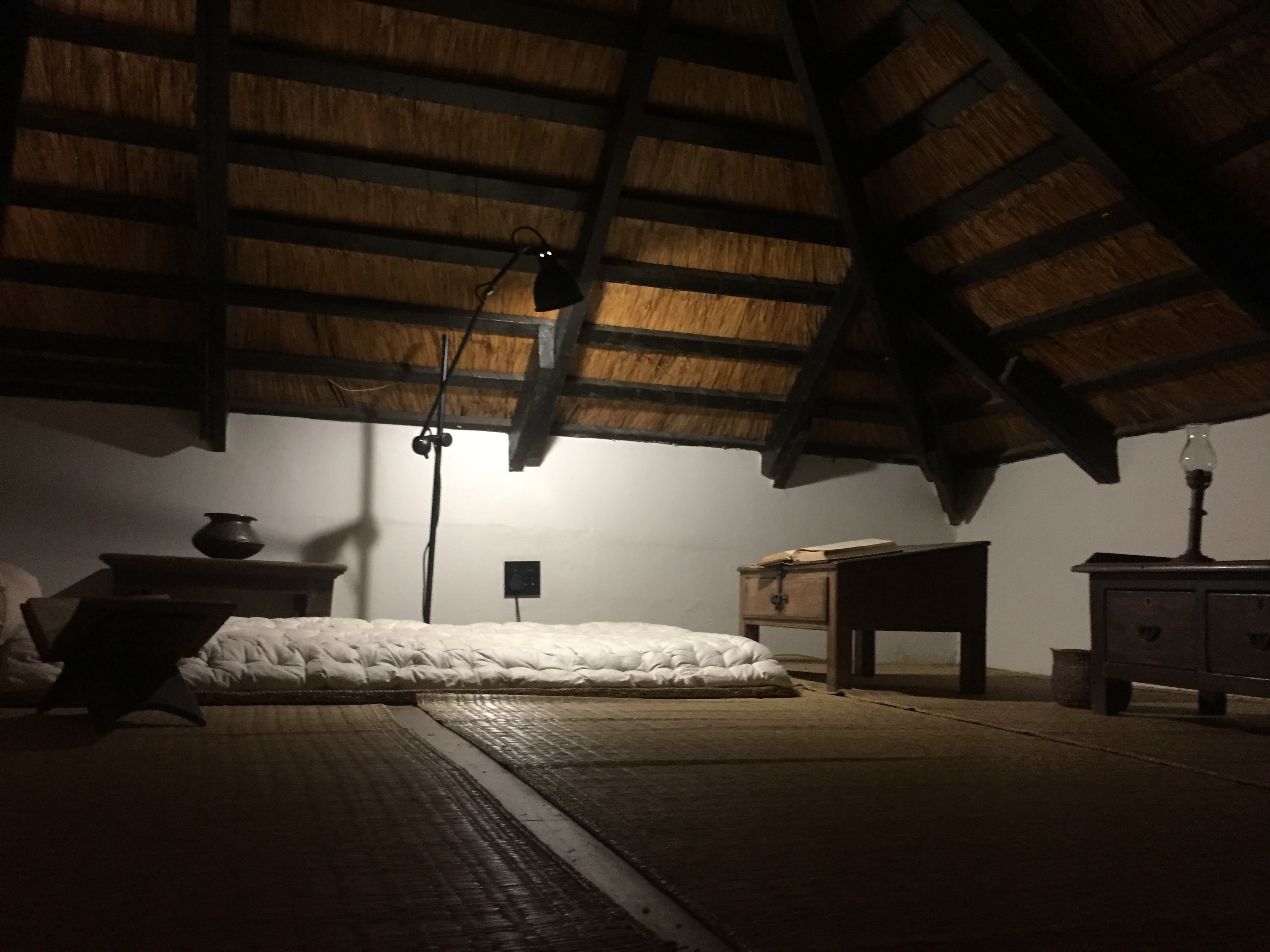 Gandhi resided in the Orchards neighborhood from 1908 to 1909, in a house built by his friend Hermann Kallenbach. It's this house I'm walking through. It's set up like a Kraal, a traditional African farm, and in the two ronvavels a small museum has been set up to honor Gandhi's journey here. He stayed up in the loft, and you can climb up the stairs to see the minimalist space where he meditated and contemplated. A loom sits near the mattress, reflecting his devotion to spinning as an entrée to meditation.

Guest rooms are available in the main house, in a cottage, as well as in a more modern extension. You can take a yoga or meditation class, and dine on yummy vegetarian dishes sourced in the garden. Or just relax and hear the birds sing and feel Gandhi's spirit embrace you and comfort you. 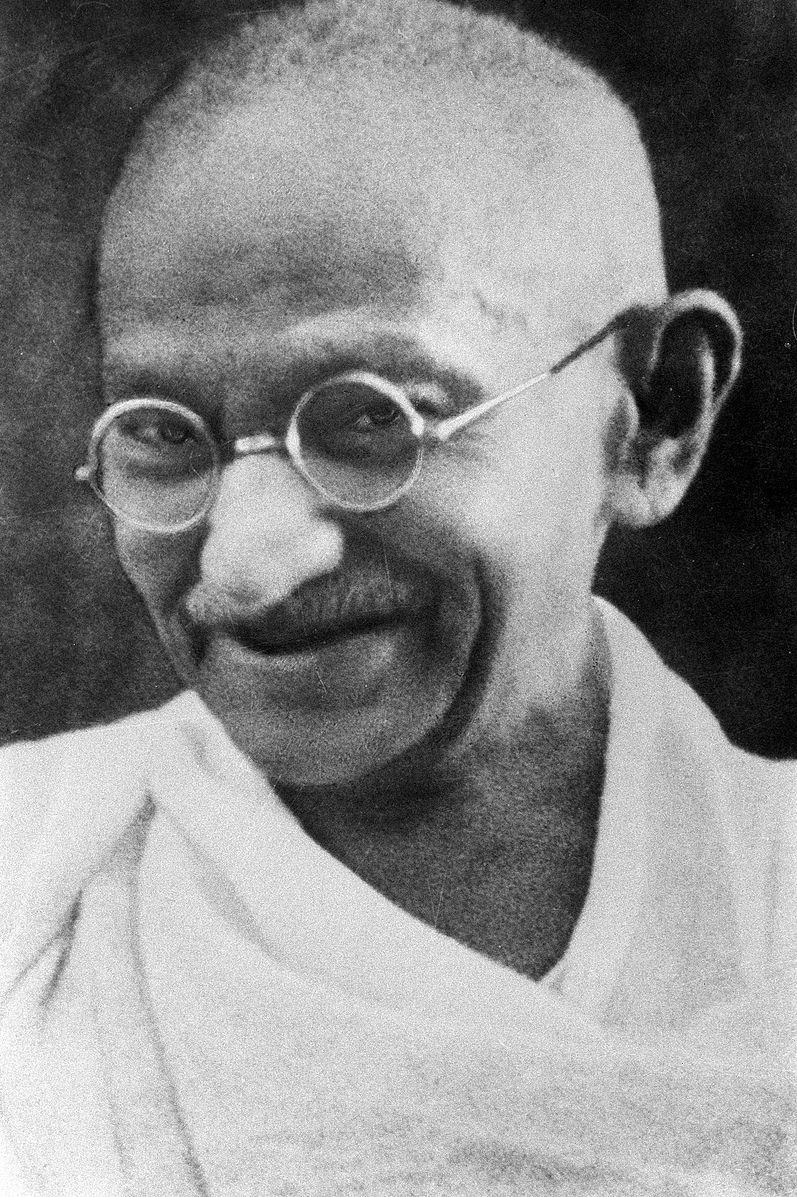